10 British Dishes Every Expat Will Love or Hate 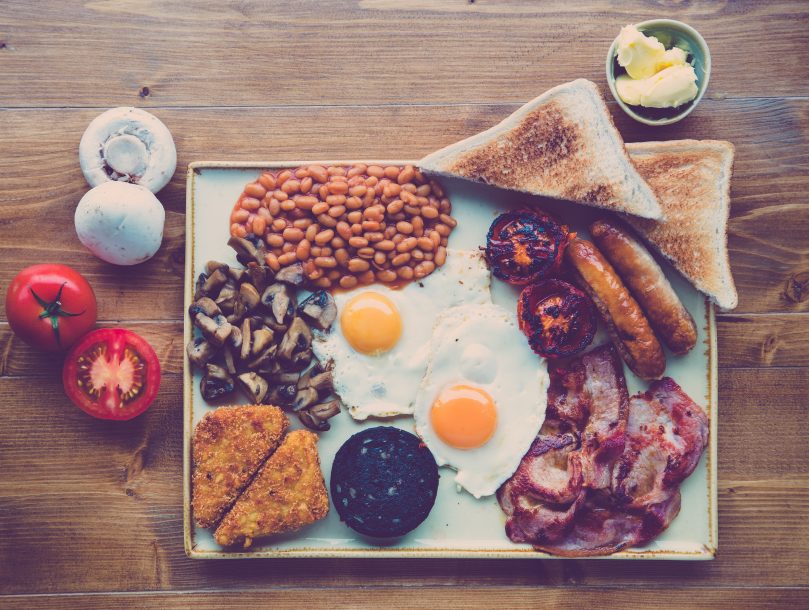 No matter where you relocate to, every country has their own unique cuisine. Divulging in your new country’s cuisine is arguably one of the most exciting (not to mention delicious) aspects of expat life. Not only does experiencing British traditional dishes help you get to know the country’s culture, it can also help you adjust to life in the UK.

From traditional British ‘fish and chips’ to the country’s infamous ‘bubble and squeak’, here are 10 authentic British dishes that you will either adore or despise.

A simple yet well-loved creation, the Cornish pasty consists of seasoned meat (usually beef), sliced or diced potato, swede and onion, encased in a shortcrust pastry semicircle with a golden brown crimped edge. Authentic Cornish pasties are protected under EU law, which means that they can only be made in Britain’s most south-westerly county, Cornwall, and they must not be imitated anywhere else in the world. The British are not to be messed with when it comes to their pasties!

High in carbs and fat, Cornish pasties are not usually known for their health benefits, but they are a source of protein. Swede, one of the main ingredients, is high in fibre and offers a wealth of important minerals including zinc, calcium, magnesium, manganese, and phosphorus. All these minerals play key roles in the creation and maintenance of bone tissue. 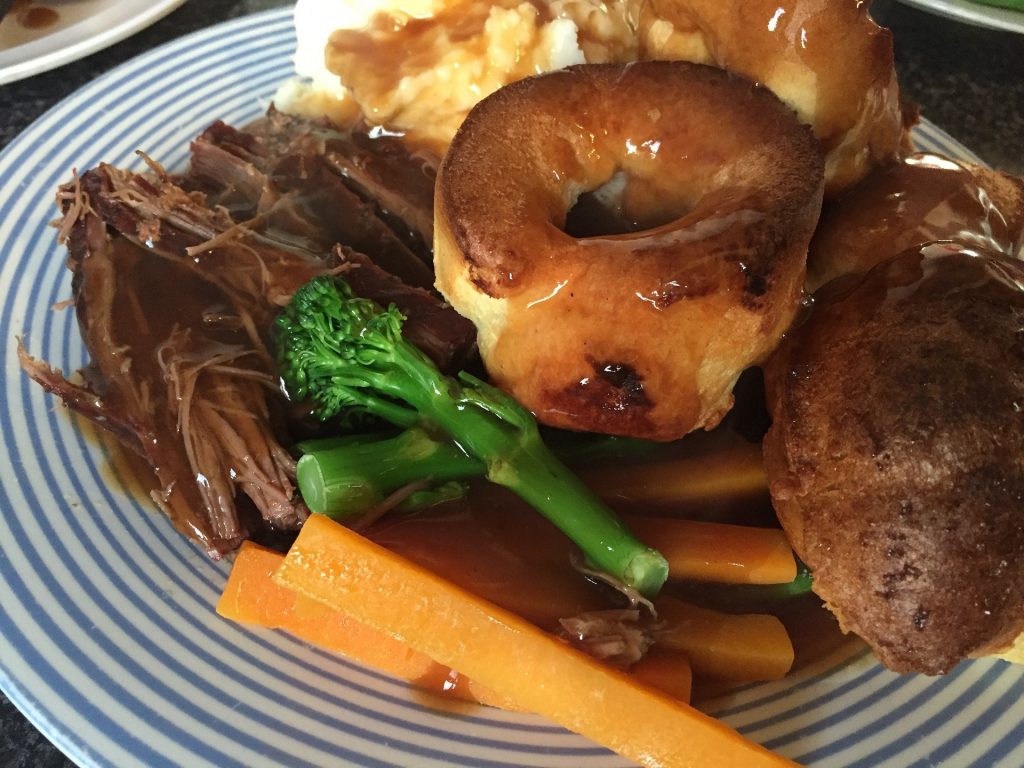 A true classic to British culture, and possibly one of the most traditional meals in Britain, is the Sunday roast. As you may be able to tell from its name, the Sunday roast is usually enjoyed on… a Sunday. This traditional dish includes meat – usually beef, turkey, chicken or lamb – with an assortment of vegetables, a Yorkshire pudding or two, roast potatoes or mashed potatoes (or both), and plenty of gravy.

The meat gives the dish a strong source of protein, while the vegetables contain a great amount of vitamins and minerals. Vegetables also contain antioxidants which helps boost your immune system and protect your body from oxidant stress, diseases, and cancers.

‘Bubble and squeak’ may sound quirkier than it actually is. Put simply, this dish is made from the leftovers of a Sunday roast – mainly consisting of potato and vegetables. This dish became popular in the 18th century, and was originally made with cabbage and meat. ‘Bubble and squeak’ earned its name because the cabbage would make bubbling and squeaking sounds during the frying process.

Nowadays, the potato and assortment of vegetables is fried all together and served as it is, making it a deliciously healthy yet hearty dish – a true British favourite.

Consisting mainly of vegetables, this dish is full of fibre, antioxidants, vitamins and minerals.

Another oddly named yet truly loved British dish is ‘bangers and mash’ which, in simple terms, means ‘sausages and mashed potato’. Usually served with peas, onions, and smothered in gravy, this meal is hearty and delicious.

While processed meats like sausages are full of fat, they are high in dietary protein and potassium, which helps regulate blood pressure and water balance in the body.

A true culinary classic in British culture is fish and chips. The fish is fried, encompassing it in a glorious golden batter, while the chips are served piping hot and crunchy. Unlike American chips, which are called crisps in the UK, in Britain the word ‘chips’ refers to a chunkier type of French fry. Fish and chips is a favourite amongst the Brits and is a common takeaway option and pub classic.

The nutritional value of this meal can vary depending on the type of oil that the fish is fried in as well as the thickness of the chips. Fish itself is low in fat but high in protein, and is a great source of vitamins and nutrients that can lower blood pressure and help reduce the risk of a heart attack or stroke. However, deep-frying fish in batter does remove some of its nutritional goodness, and potato chips mainly contain carbs and fat. This is one delicious dish to enjoy in moderation.

A simple yet delicious dish, Shepherd’s pie consists of minced lamb, vegetables including carrots or peas, and a topping of mashed potato – all oven-baked until the top of the mash is crispy and golden. If you’ve heard of Shepherd’s pie you may also know about ‘cottage pie’ and after much debate, there IS a difference. Shepherd’s pie should only contain lamb, while cottage pie contains beef.

Potato skins contain more potassium than bananas, making this dish rich in potassium, vitamin C and vitamin B6 when the mash is made with the skins still on. As a red meat, lamb is high in protein, iron and contains immune-boosting zinc.

One British classic that you’ll either love or hate is black pudding. Black pudding is a combination of onions, pork fat, oatmeal and… blood. While it may not be something for the squeamish, the Brits love it, and often enjoy it with a full English breakfast.

Black pudding is considered a superfood for its potassium, calcium and magnesium. It contains very few carbs and is packed with important minerals like protein and zinc. With that said, it is also high in fat and calories – perhaps not something that should be eaten too often.

Possibly one of the most well-known and traditional British desserts is bread and butter pudding. In 1728, this dessert was originally known as ‘whitepot’ and contained bone marrow – luckily, the Brits later chose to use butter instead.

While bread and butter is not the healthiest of dishes, it does contain dietary fibre and protein and is a must-try for expats new to Britain.

More of an event rather than a meal, Cream Tea is usually enjoyed for brunch – an afternoon treat. As its name reveals, Cream Tea is a combination of English Breakfast tea served with scones, clotted cream (also known as Devonshire cream) and jam.

Relatively high in calories, carbs, and sugar, Cream Tea is not the healthiest of options, but it is a true classic to British culture, and as such, it would be a crime to exclude this delicious delicacy from the list.

This is an addition you probably didn’t expect to see – but the chicken tikka masala was actually created in Glasgow, Scotland. While there is some debate around this, the story is well-known and it doesn’t dismiss the fact that the chicken tikka masala is one of the most popular dishes in the UK. The chicken is marinated in an abundance of spices and is then cooked in a creamy, tomato and coriander based sauce.

Chicken tikka masala is rich in protein and high in dietary fibre, but it does also contain quite a lot of saturated fat which can increase your risk for heart disease and raise your cholesterol levels. To make the dish healthier, you can substitute basmati rice with brown rice – to improve the fibre content of your meal.

While not every item on this menu of traditional British delights may be to your liking, they’re all worth trying at least once. And even though not all of these dishes are overtly healthy either, there are plenty of ways you can maintain a healthy lifestyle while living in the UK – and it’s more than okay to enjoy the odd treat from time to time. 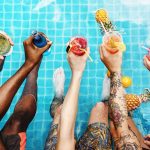 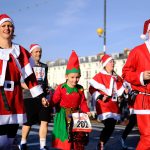 Next Story:
Quiz yourself: how well do you know your Christmas movies?